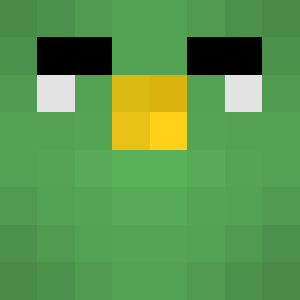 by Parrothead » about 1 year ago
Before the server launches in the next few days, I thought we'd post the items that are currently being changed for patch 35. Item Changes:
Added attack recovery to most items, companions, and attributes that increase damage or provide an effect on hit. This means that added damage/effects only apply if you can swing at full recovery.
Attack recovery checks are now optimized, more frequent, and more forgiving.
-Previously, even at 100% recovered on the player's screen, the game may not have checked recently enough and would not count the attack as full power.
Rare loot, including drops indicated with a ✩, can no longer be destroyed when dropped via cactus, explosion, lava, etc.
Items with long names are now shortened in some way on the looter to be more readable.
Rubber Guard:
-Increased maximum enchant mumber rolls.
-Enemies now also get thrown into the air (based on their proximity to you).
Berserker:
-Damage increase is now a Power stat (from 3 fixed to 1-4).
-Now gain 100% attack rate recovery on the weapon when under its effects.
Freefallers:
-Total time for the speed buff reduced from 5 seconds to 4.
The Chopper:
-Increased maximum enchant number rolls.
Blastpick:
-Added lore clarity.
Zen:
-Now heals when dirt is transformed.
-Durability damage now based on a Power stat.
-Lore stat is now amount healed from dirt transformed (from durability damage).
Brilliance Helmet:
-Now grants night vision under water.
The Pummeler:
-Reworked. Now has a chance to bash and has faster attack recovery.
-Buffed unbreaking enchant.
Grandpa's Rod:
-Nerfed overall lore values.
-Increased maximum knockback enchant.
Skillshot:
-Lowered maximum skillshot damage at all lore levels by 0.5.
-Does half damage to boss mobs and named mobs.
Roulette:
-Rescaled lore from 10/8/6/4 to 10/9/8/7.
-Changed maximum Power enchant from 4 to 5.
Whiner:
-Changed from a chestplate to a helmet.
-Rebalanced enchant rolls.
-Added Power enchant, granting maximum hearts (up to 2).
Alpha Male:
-Nerfed maximum lore by 25%.
-Is now a shield.
Guts:
-Now reveals nearby zombies.
All-In-One:
-Added 1 new enchant.
-Improved animations.
Grave Digger:
-Now works inversely from before, gaining x2 damage when below a certain y-coordinate.
-Has a 20% chance to be x3 damage instead.
-Improved efficiency enchant value.
Satiable Tonic:
-Nerfed lore.
The Dankest Blade:
-Reworked. Now, you gain flat damage and randomly teleport to another mob when you get a kill.
-The mob you teleport to will immediately target you.
Shackles:
-Now only works on swords and axes.
-Ignites targets on hit now for Power seconds (1-6).
The Brick Wall:
-Reworked. Now provides hearts and movement ability immunity from mobs like Reapers.
-Does not work with enchants like knockback, normal attacks, TNT, etc.